Thank you all so much for your patience! As I explained in my last blog post, last weekend was my birthday and Halloween so it was busy!

I've done a previous facelift for a Chili's dish, but until today I haven't attempted my favorite appetizer of theirs: Southwestern Egg Rolls. My boyfriend and I would split this as an appetizer nearly every time we'd go to Chili's in college. It's so yummy, but as you'll soon see, it's so easy to make at home!

Ready? You better be!

Cook the spinach with the garlic until wilted.

Rinse the beans under cold water for 1 minute and dry on a paper towel.

Put spinach, corn, beans, hot sauce, and cilantro in a food processor and...

...blend until combined and beans are broken down a bit.

Put a teaspoon full of the mixture in one wonton and top with a couple of pieces of avocado.

Lightly moisten two edges of the wonton and fold in half, pressing down lightly so it's sealed. (I keep a small bowl of water next to me so I can just dunk my finger in it to use for the wontons.)

Moisten one of the corners of the wonton and pinch it to the other corner.

Arrange on a lightly greased baking sheet and bake for 7 minutes at 400 degrees F...

For the sauce, mix the yogurt, Mrs. Dash, and lime juice until combined.

Makes 2 servings of 8 wontons each and half of the sauce for each serving. Enjoy!

FACELIFT RESULTS
Remember this is for one 8 wonton serving!

If you were to eat all 16 of these wontons and all of the sauce, you'd still have consumed less than half of the original's Calories, sodium, fat, and saturated fat!

Similar to other facelifts of mine, protein and fiber decreased, which was not intentional. You could counteract this by adding some kind of meat substitute (just watch out for the sodium!) but you can just pair this with brown rice for some more fiber, or quinoa for fiber and protein.

Full recipe HERE and, as usual, please leave a comment here or on SparkPeople or e-mail me at FastFoodFacelift@gmail.com with your ideas, suggestions, critiques, etc.
Posted by Jecka at 7:44 PM

I apologize profusely for not posting sooner!

This weekend was Halloween and my birthday, so needless to say I did not do a facelift!

In other news, I've been on a hunt to find a better way to pack my lunches to work. In order to keep tabs on my portion control, I have a huge drawer full of a variety of plastic containers in many sizes and shapes. They're great and I enjoy them (along with my awesome thermal lunch bag) but I've always been intrigued by bento lunch boxes.

In essence, bento boxes are like lunch boxes in Japan. They come in a variety of sizes based on gender and age in order to allow for proper portioning of your meals.

One of the most endearing things about bento is how artistic it can get! I joined the flickr bento group to get some inspiration and have read through and am now following BentoLunch.blogspot.com.

I went on Amazon.com and found some really cute and handy bento sets! At one point I had 5 or 6 of them in my shopping cart, but I limited myself to getting the following two: 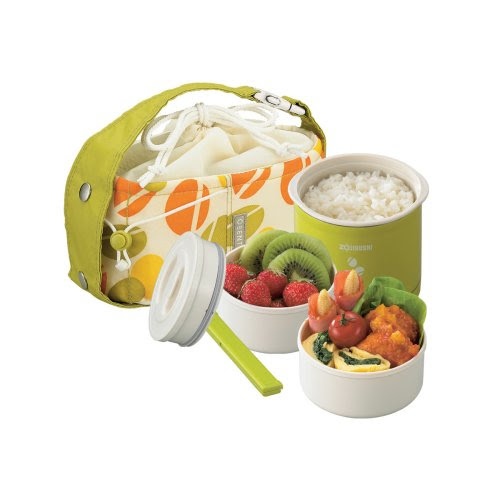 Zojirushi Mini Stainless Thermal Lunchbox
I like this one because it keeps the taller cylinder's contents hot and separated from the rest of the meal. Also, it comes with that cute bag and chopsticks. 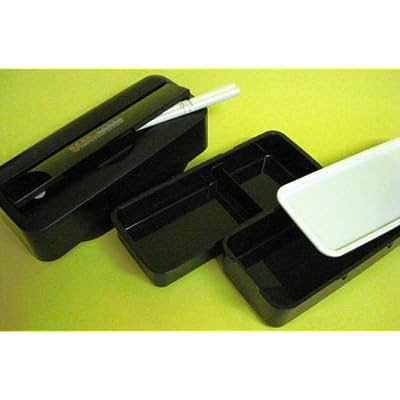 To stay with the classic bento style, I also got some veggie cutters and rice molds: 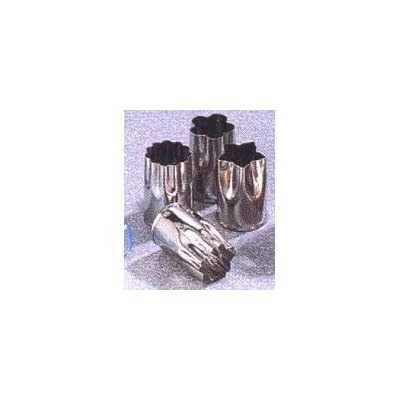 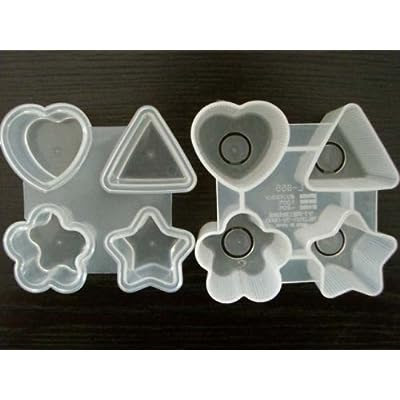 I'm thinking about heading to Michael's crafts to get some other supplies, but these were all really good deals and I'm very excited in anticipation for their arrivals!

So, what do YOU use to pack your lunches? Do you bring your lunch to work, or do you buy?
Posted by Jecka at 7:29 PM